My Ikebana arrangements on a new movie! 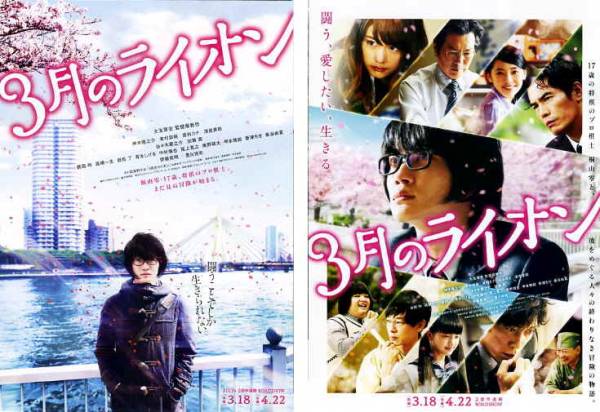 I arranged some huge pieces of Ikebana on a Japanese movie and that movie was released on the theater. The movie is composed of 2 parts and the first of 2 parts was released now! The movie is about fights in SHOGI WORLD, a kind of Japanese chess. Fights are not bloody ones but deep and silent fights.

The art director asked me to make each piece to reflect each personality of each character. For example, this earthy work reflects the guy who looks very weak and not gorgeous man, but the audience will know later that he is very strong. I didn’t use flowers intentionally so that I’d like to express his inner strength. 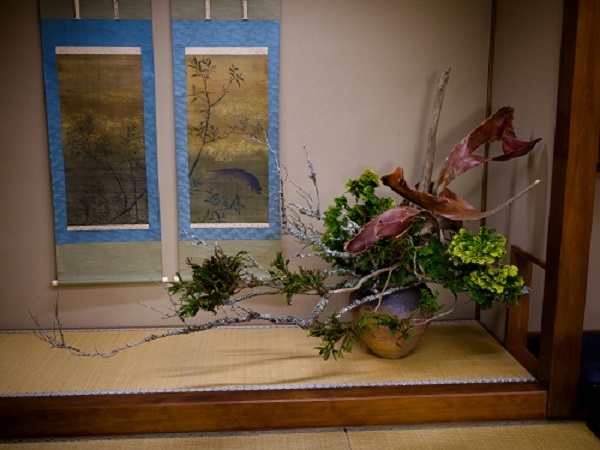 I used a few kind of cedars and mossy branches of Japanese plum. Brown ones are a part of a palm tree. 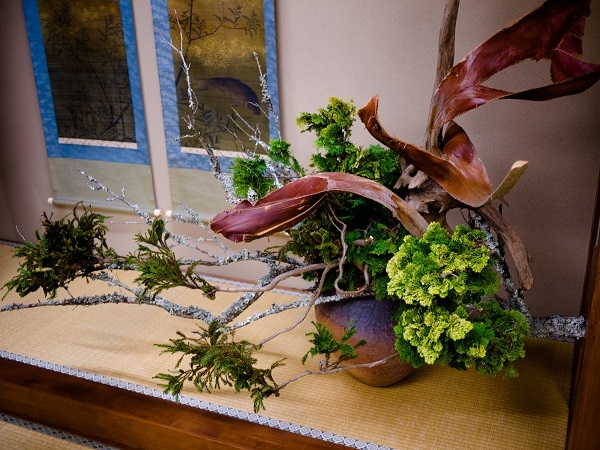 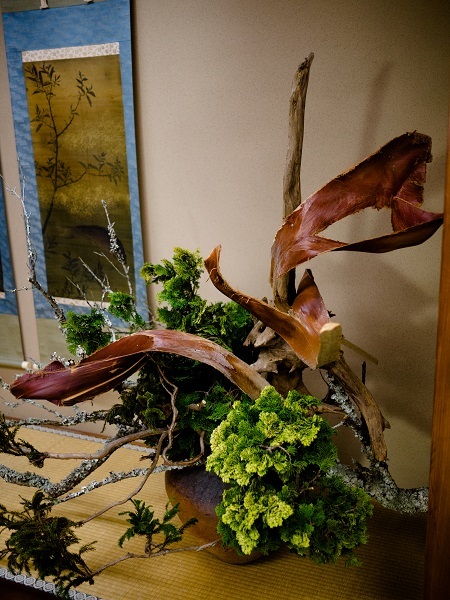 The difficult point is that shooting was on May but the setting of this scene was February. I had a hard time to get this mossy branches and decide what I can arrange. Ikebana reflects each season and representative flowers on February  are Golden Bells, Japanese Quince, Japanese Apricot, and so on. I couldn’t get all those branches.

The studio with a lot of staffs. 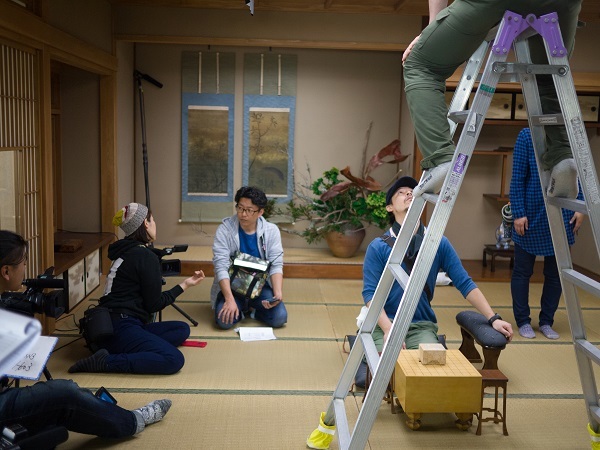 This is another arrangement that reflects another character. He is a genius in SHOGI world, but he is thought to be a strange person. Especially his conversation with others is kink. People think his uniqueness comes from being a genius. At last moment people know that he is deaf and he pretends to listen but he replies with his guessing. 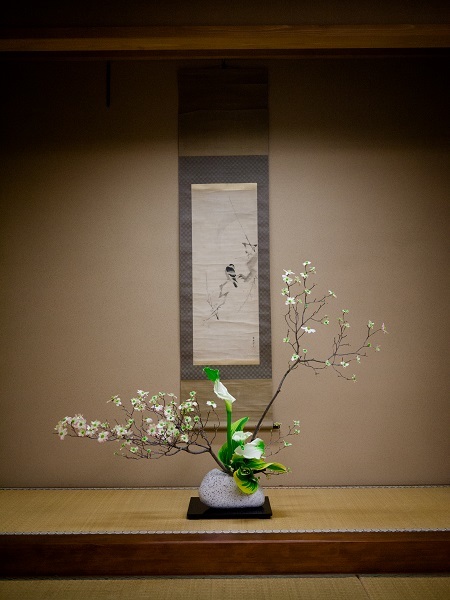 When the actor sits down in front of  this arrangement, he looks like having 2 white wings. 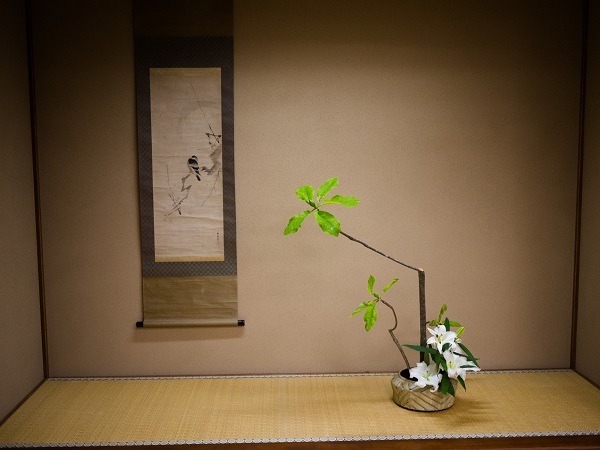 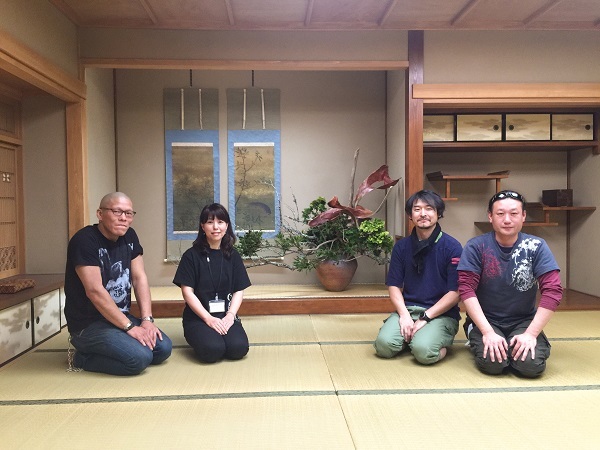 The trailer is here.

If you can see more photos, please visit my FB photo album here.